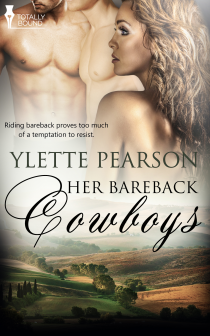 When the Groundhog Saddle Company awards twenty-six year old, freelance photographer and divorcee, Adrian Barlow the coveted assignment of advertising their saddles and other leather products, she jumps at the opportunity. Her bank account is in dire need of replenishing and her reputation as photographer hangs by a shred over a bottomless abyss. Even when her employer informs her that her duties include playing babysitter for the two cowboys they hired for the job, she doesn’t complain. She needs the money too much to be fussy.

Texan rodeo stars Wade Randall and Maverick Green agree to play fashion model for a couple of months because Wade needs the money to buy his own ranch in Texas and Maverick must rest his injured shoulder. However, nothing prepared them for the sight of Adrian when she collects them at the OR Tambo International Airport in South Africa.

The attraction between the three is instantaneous and the sexual tension so thick it clogs up the interior of Adrian’s four-wheel-drive Land Cruiser, but none of them is in the market for a serious relationship. Adrian’s past sexual mistakes caused her financial misery and she has no desire for a repeat performance while the men’s plans for life exclude permanent partners for a long time to come.

Isolated on a working farm in the Highveld of the Mpumalanga Province, Adrian is unable to resist the sexual pleasures the two cowboys promise. With the firm understanding that none of them wants a serious relationship, they embark on a journey of sexual discovery that melts the cold winter days.

However when old acquaintances from Adrian’s past arrive, she learns that over-indulgence always comes at a price … 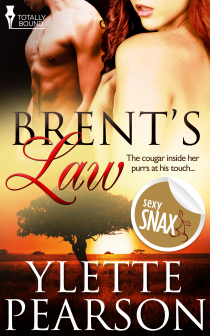 The cougar inside her purrs at his touch, but is she willing to pay the price for succumbing to temptation?

Thirty-eight-year-old Samantha Owen worked hard to earn the distinction of being the most respected divorce attorney in Sandton, South Africa. Ethical and politically correct conduct ensure she remains at the top of her game and in high demand by rich and influential clients.

When the arrogant and sinfully rich international rugby player, Brent Russell, saunters into Samantha’s office, he evokes flashes of satin sheets and tangled bodies in her mind. But, despite resembling a Greek god and setting her body on fire, he is off-limits.

Twelve years younger than her and her client’s soon to be ex-husband, Samantha could be disbarred by just talking to Brent without his attorney present. Besides, Samantha never dates married men—ever. Used to getting his own way and determined to have her in his bed, Brent embarks on a relentless pursuit of Samantha.

Despite Samantha returning his gifts and refusing to consider having dinner with him, he slowly erodes all her objections to an affair between them. Only when he uses his fame to finalise the divorce while Samantha is on her annual leave, does she agree to accompany him for a holiday on his farm at Komatipoort—a decision that could cost her both her reputation and career.

Available from Totally Bound, Amazon.com, Barnes and Noble, Takealot.com, Kobobooks.com, All Romance Ebooks (ARE) and many other online retailers.

All actions must be accounted for—even the unplanned ones…

The moment she saw him at the club, accountant Cassandra Adams knew she’d found her candidate for an anonymous one-night-stand. Pirate-like handsome, he signaled danger in capital letters – just what she needed before assuming her role as CEO of her father’s South African weapons manufacturing company.

Steaming hot sex was the last thing on Jake Pierce’s mind when he agreed to protect the new boss of Adams Armory Incorporated after someone tried to kill her. However, when Cassandra Adams walked into the office, Jake found himself battling memories of tangled sheets and sweaty bodies.

While Cassie and Jake surrendered to the passion between them and tried to keep their hearts out of the equation, someone watched from the shadows. Biding his time. Craving revenge.